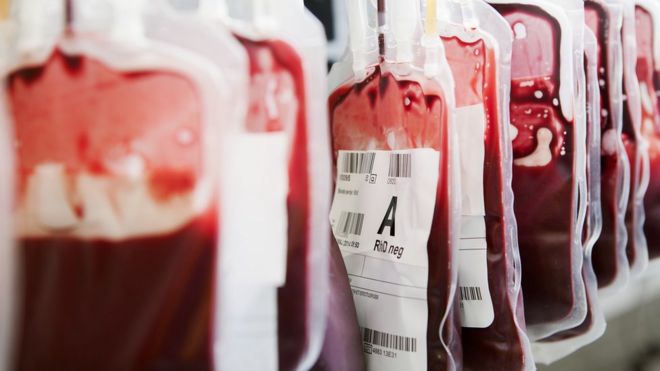 Hundreds of people could have avoided HIV infection from contaminated blood products if help had been sought from Scotland, new evidence suggests.

Much of this blood was contaminated with HIV, the virus that causes Aids.

The contaminated blood scandal has been labelled “the worst treatment disaster in the history of the NHS”, leaving thousands of patients infected with hepatitis and HIV, and causing many early deaths.

Most of those involved had the blood-clotting disorder haemophilia and relied on regular injections of Factor VIII.

In the 1970s and 80s the UK was struggling to keep up with demand, and imported supplies from the US where blood plasma often came from donors such as prison inmates or drug addicts, who were at higher risk of blood-borne viruses.

Haemophiliacs were unaware they were receiving contaminated Factor VIII, and even after the risks became better understood, some of these products remained in circulation.

The latest document was released under the Freedom of Information Act to campaigner Jason Evans, whose father died in 1993 having contracted hepatitis and HIV.

Scotland had been virtually self-sufficient in the manufacture of its Factor VIII which took place at the Protein Fractionation Centre (PFC) in Liberton, a suburb to the south of Edinburgh.

In the letter, Prof John Cash, a former director of the Scottish Blood Transfusion Service, said the decision, taken in the centre’s design phase in the 1960s, not to use Scotland’s spare capacity to produce Factor VIII for England was “a grave error of judgement”.

The letter said the Scottish PFC had “very substantial” spare capacity, which had been verified during a shift experiment at the centre.

Mr Cash wrote: “It was assumed by those of us on the shop floor that this experiment would expedite arrangements to give England and Wales assistance – but nothing materialised.”

Mr Cash also spoke of “serious defects in the operational liaison” between the Scottish Home and Health Department and the Department of Health and Social Services in England.

He had attempted to “persuade on numerous occasions” those higher up of the need for joint working, but to no avail.

Mr Evans, founder of the Factor 8 campaign group, said: “This is an incredible piece of evidence.

“We have testimony in black and white here, from a very senior source, which effectively shows hundreds of HIV infections within the haemophilia community could and should have been prevented.

“The statistics say it all – 59 haemophiliacs were infected with HIV in Scotland, as opposed to 1,243 in England, where a high proportion of HIV-infected Factor VIII from the US was used.

“It fills me with a distinct sense of horror that so many of these people would still be alive if it were not for the total negligence that took place.”

‘We became known as the Aids family’

Colin was born with haemophilia – but it was the treatment he was given that killed him.

In June 1983, eight weeks before he was first treated, a letter was sent out to haemophilia centres recommending children should be treated with NHS concentrates, not US Factor VIII.

But the guidelines were not followed and Colin was given his first dose of American concentrate shortly before his first birthday.

The couple were eventually told in a hospital corridor their son had tested positive for HIV.

The couple say they became known as “the Aids family” and were forced to move. “It was written on the side of the house… just ‘AIDS’ in big capital letters.

“Towards the end, we were picking up our son in sheepskin because we’d hurt him – he’d lost so much weight,” Mrs Smith says.

“I miss him so much some days… he could have lived a normal life. Such a lovely little boy. Just so unnecessary.”

Des Collins, senior partner of Collins Solicitors, representing 1,400 victims and families, said self-sufficiency in Factor VIII was one of the main issues being investigated by the current public inquiry into contaminated blood.

He added: “It is obvious that had the UK produced more of its own Factor VIII products, which this evidence makes clear was entirely possible, there would have been far fewer HIV infections.”

In 2016, former health minister Lord Owen said his pledge to make the country self-sufficient in Factor VIII was derailed in the early years of Margaret Thatcher’s first government.

He said “that programme was effectively starved of money, blocked and they gave up self-sufficiency”.

In 2017, Prof Cash told a BBC Panorama programme that “if you look at the difference between England and Scotland in terms of the outcomes, you have to conclude, that it was not unavoidable, it was avoidable.”

A Department of Health and Social Care spokeswoman said: “The infected blood tragedy should never have happened and the ongoing public inquiry was set up to get to the truth and give families the answers they deserve.

“We are committed to being open and transparent with the inquiry and have waived the usual legal privileges to assist the process.”

The infected blood inquiry will resume its public hearings in February.