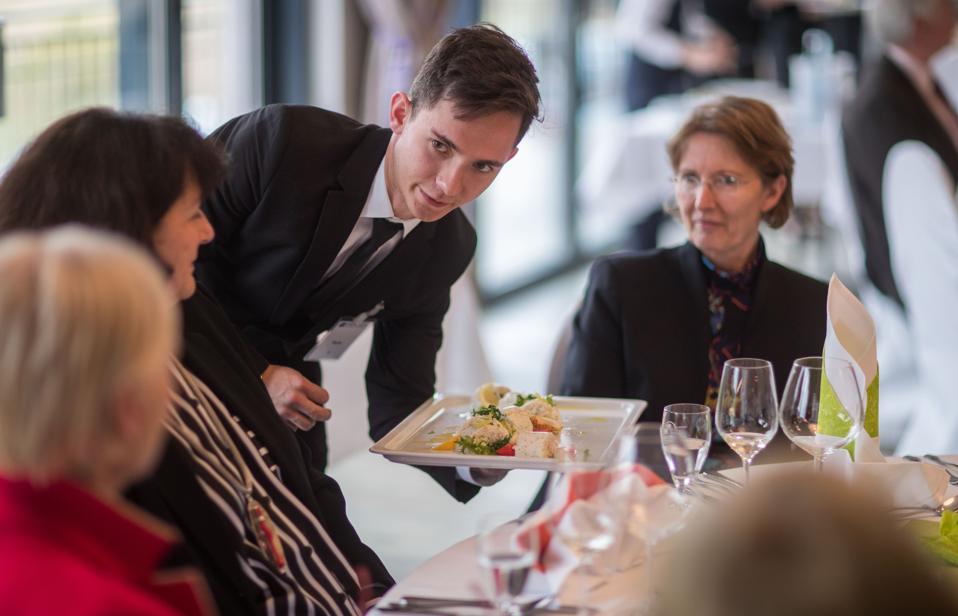 I recently interviewed Cameron Mitchell, founder and CEO of Cameron Mitchell Restaurants. His 60 restaurants are recognized for more than just good food; they also feature an amazing level of service. His mantra, as I call it, is actually the title of his recent book: Yes is the Answer! What is the Question? Since customer service is my passion, I thought our interview would focus on that. Instead, he surprised me with the simple story of how he created his culture. Before we dive into that, let me tell you more about Mitchell.

Mitchell spent the first part of his career in the restaurant industry working for someone else. Not unlike most successful restauranteurs, he started at the bottom as a dishwasher. He became a line cook and eventually attended and graduated from the CIA (Culinary Institute of America). He worked for a small chain of restaurants before venturing out on his own. These experiences he had working for others set him up for success.

The first thing Mitchell did was write out his company culture and values, which are rooted in five questions – we’ll get to those in just a moment. More than anything, he knew that the culture had to be focused on people. “I wanted to build a company that was built for its people by its people … a restaurant company wrapped around a great culture and set of values. I’m still doing that same thing 27 years later.”

Mitchell talked about the triangular relationship between associates, guests and the company. He believes that if he takes care of his people, they will, in turn, take care of the guests. When the guests are happy, they will take care of the company by coming back and telling their friends. He attributes much of his company’s success to his people-first approach. Mitchell’s culture starts with five questions that must be answered with authority and conviction:

1.      What do we want to be? This is an updated version of the classic question, “What do you want to be when you grow up?” It’s important to set a long-term goal or vision for yourself.

2.      How do we define ourselves? Mitchell defines his business as great people delivering genuine hospitality.

3.      What is our mission? Mitchell splits the mission between cultural and fiscal responsibility. He puts culture at 51% and profit at 49%. His No. 1 goal is to maintain the company’s culture and values. Right behind that is profit. He proudly states, “We’ll never sacrifice our culture or values to make an extra buck.”

4.      What is your role? Everyone must understand what they are responsible for and how they fit into the bigger picture of the company.

5.      What is our goal? There are many corporate goals for the company, but the one that is consistent 24/7/365 is to be better today than yesterday and better tomorrow than today. That’s a lofty goal that might not be achieved every day. What matters is the effort and desire to constantly look for opportunities to change the status quo and improve.

Those questions define the essence of his restaurants and associates. They illustrate his relentless focus on people, culture and customer service. That brings us back to his mantra: Yes is the answer. What is the question?

I asked him if that meant he trains his people to say yes to all requests. Of course not! “Yes,” as Mitchell means it, is an attitude. He has empowered his people to say yes whenever possible and find creative ways to make guests happy. This necessitates an attitude of action and a culture that empowers associates to come up with alternative solutions to problems instead of simply saying no.