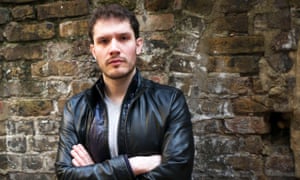 Writer and theatre director Robert Icke was born in Stockton-on-Tees and educated at the University of Cambridge. Since 2013, he has been associate director of the Almeida theatre in London, where his productions have included adaptations of the Oresteia (2015), for which he won best director at the 2016 Olivier awards, Uncle Vanya (2016) and Hamlet (2017). Icke will step down from the role later this year; his final production is The Doctor, an adaptation of Arthur Schnitzler’s Professor Bernhardi starring Juliet Stevenson, which will run until 28 September.

1. Documentary
OJ: Made in America

I missed this when it was televised, but caught up with it recently and was blown away. It’s a documentary about the 1995 murder trial of OJ Simpson, but what’s extraordinary is the way it stitches that trial deep into the centre of American culture and its relationships to race and to celebrity – and the way the context and the event interact with each other. Exceptionally well constructed with total integrity by Ezra Edelman, it attains, in its painstaking, austere way, a kind of tragic grandeur without ever asking us to sympathise with its subject.

2. Novel
The Heavens by Sandra Newman

I finished this a few days ago and haven’t quite pulled it down into sense yet. Trying to describe it makes it sound a bit unbearable: “a time-travelling love story that has Shakespeare as a speaking character”. But it transcends its labels: it’s about genius and mental illness and history and love – and Newman lays in several solutions to her puzzle without ever privileging one. The line by line writing is masterful – crisp and surprising without ever feeling effortful – but what moved me the most was how suffused with grief the whole book is; a constant, aching undercurrent of sadness about the roads not travelled and the things we lose.

Monet first rented this house in Giverny (about an hour’s train ride from Paris) in 1883, bought it in 1890 and died in it in 1926. Inspired by Japanese prints, he spent those years landscaping the gardens, creating the famous waterlily pond – and then obsessively painting them. I love spending time there – and am always moved and inspired by how much Monet did to create the conditions he needed to make his work. The gardens themselves are reflective, peaceful and beautiful, more so for being manmade: brought into being purely to be captured for ever in paint.

I’ve recently been playing my way through Chopin’s waltzes – and for my money there’s no better interpreter than the Romanian pianist Dinu Lipatti, who played concerts of them out of sequence – in his own idiosyncratic order. This recording is of his final concerts, given while in ill health and less than two months before his death in 1950, aged only 33. Though the recording quality is fuzzy, the clarity and dynamism of his playing slice across the intervening half-century.

I’ve never met, emailed or spoken with the artist Duncan MacAskill but when, a few years ago, we were rehearsing Hamlet at the Almeida, postcards from him started to arrive in the rehearsal room. I didn’t know it at the time, but this was part of a decades-long project in which MacAskill sends postcard-size original artworks in the mail – sometimes paint or ink, sometimes collage, sometimes text (often anagrams of the phrase ARTIST IN RESIDENCE) on wood or card. I love them – and the surprise of receiving them – and I love the openness and generosity of the gesture: art that flies off from the artist to an unseen destination. One arrived last week in the rehearsal room of The Doctor, my final Almeida show, like a little talisman from a friend I’ve never met.

I loved Gayford’s book Man With a Blue Scarf and its mirror logic: a portrait of the creation of a painting by Lucian Freud, whose subject is Gayford himself. This book, a history of postwar painting in London, is a kind of gallery, where Man With… was a single canvas. Freud reappears here, amid a star cast that includes Gillian Ayres, David Hockney and Francis Bacon, but the writing achieves an unusual intimacy with them and their world. The portrait of a London inspired and full of creative energy made me long for it to happen again.