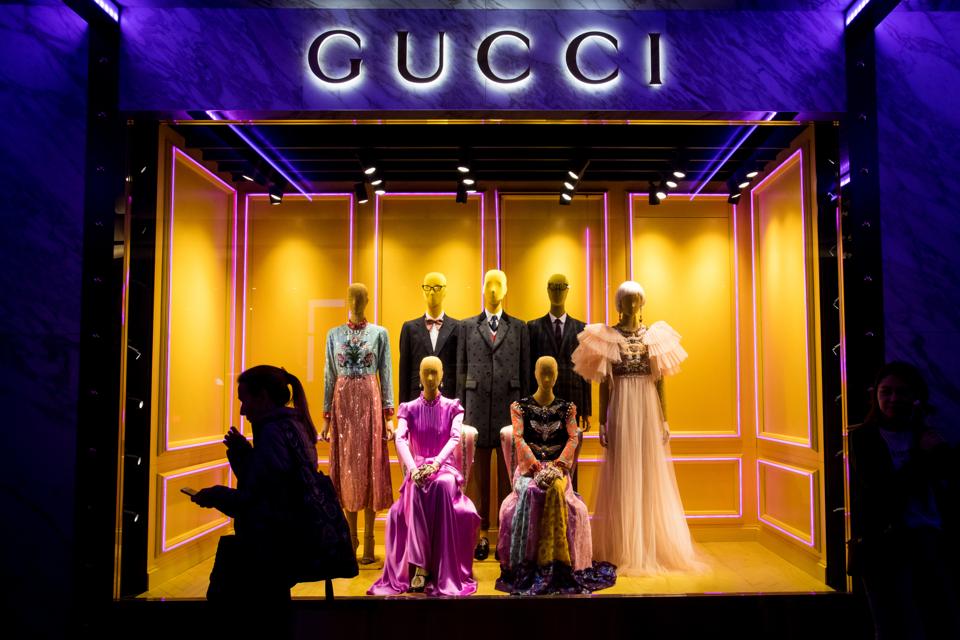 A pedestrian walks past a window display at a Guccio Gucci SpA store at Harbour City shopping mall, operated by Wharf Holdings Ltd., in the Tsim Sha Tsui district of Hong Kong, China, on Saturday, Dec. 9, 2017. With more Chinese tourists likely to travel to Hong Kong next year as the yuan strengthens against the Hong Kong dollar, retailers are poised to benefit from the rise in store sales and falling rents, according to Catherine Lim, an analyst at Bloomberg Intelligence. Photographer: David Paul Morris/Bloomberg

Gucci is finally moving towards true cultural awareness and has hired attorney Rénee Tirado as the label’s first global head of diversity, equity and inclusion. With hip-hop’s influence on the luxury fashion sector, will this help craft a larger conversation about representation and whether or not diversity and inclusion will stay in fashion?

The Breakdown You Need to Know

By bringing Tirado on board Gucci is looking to right its diversity shortcomings and increase revenues, after it made a black turtleneck adorned with large red lips. The company may also be embarking upon an entirely new set of problems, since more than 50% of chief diversity officers do not get the internal support needed to create change in large organizations, according to a McKinsey study. CultureBanx noted it’s estimated a company could lose up to $4 billion in market value due to bad media attention related to racism and sexism. That’s not the type of money Kering owned Gucci can afford to lose, especially since in 2018 they made €8 billion ($8.9 billion) in revenue, at a growth of 36.9%.

Hopefully Tirado won’t have this issue at Gucci and can leverage her extensive experience in this space. As an attorney she has lead diversity and inclusion for the MLB along with comparable positions at AIG and the U.S. Tennis Association.

“I am in the business of making human connections that start with the foundation of inclusivity, respect, and diversity to ensure Gucci remains culturally relevant and economically competitive,” Tirado said in a statement.

Reconciliation with culture across the fashion industry has seen a huge uptick in the past year as the $3 trillion global fashion sector continues to struggle with whitewashed runways and executives. Gucci brought hip hop’s original tailor Daniel Day known as “Dapper Dan” into the fold in 2018, by backing his exclusive Harlem atelier. Also, French fashion powerhouse Chanel just hired a new Head of Diversity & Inclusion last month as well.

The issues with luxury brands and blackface don’t stop or start with Gucci. For example, last December Prada displayed a monkey figurine that resembled blackface. The company’s sales had been falling since 2014 before returning to growth in the last year. Barring any other racially insensitive design sanfus, Prada notes digital sales are set to reach 15% of total sales by 2020.

In addition to her day job, Tirado will join Gucci’s Chime for Change advisory board. The company co-founded Chime for Change with Salma Hayek Pinault and Beyoncé back in 2013, to help girls and women around the world with gender equity initiatives. She will also serve on Gucci’s Changemakers Council that supports communities of color through scholarships offered to talented designers from those communities.