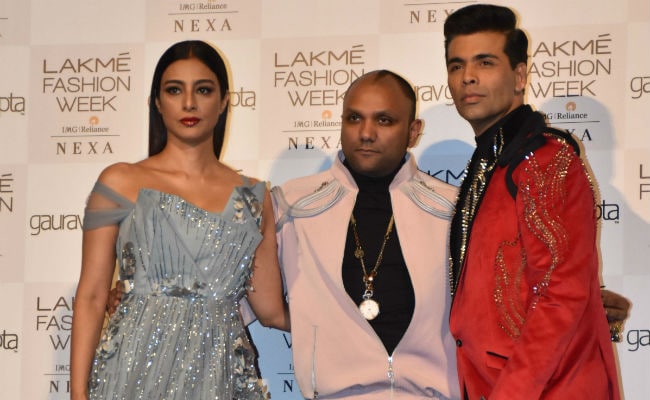 Designer Gaurav Gupta opened the Lakme Fashion Week Summer Resort 2019 on a super-stylish note with actress Tabu and filmmaker Karan Johar as his showstoppers. Tabu wore an embellished outfit which blended traditional techniques with Gaurav’s signature style like “sculpted draping and structured fluidity,” a post on his Instagram page read. Tabu looked stunning as she walked the ramp and later posed with the photographer and her co-showstopper for the photo-ops. Gaurav Gupta showcased one of his bright embroidered jackets from the menswear collection on Karan Johar. The designer also invited Diana Penty and Pooja Hegde to his show and both actresses picked a piece from the designer’s latest collection.

Here are photos of Tabu, Karan Johar and Gaurav Gupta posing on the red carpet: 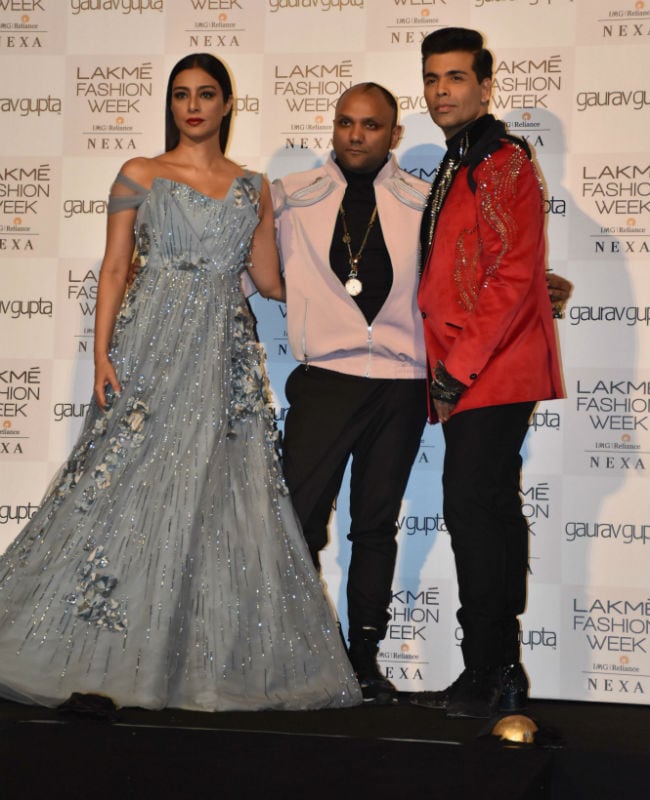 And here’s a glimpse of the show: 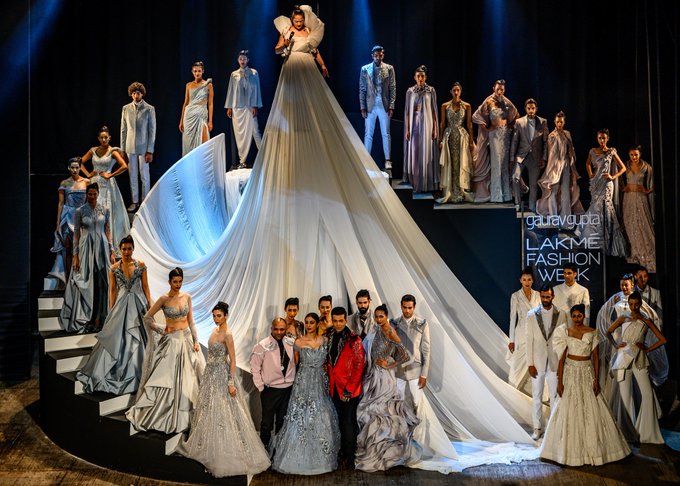 Take a look at the stunning showstopper outfit worn by Tabu: 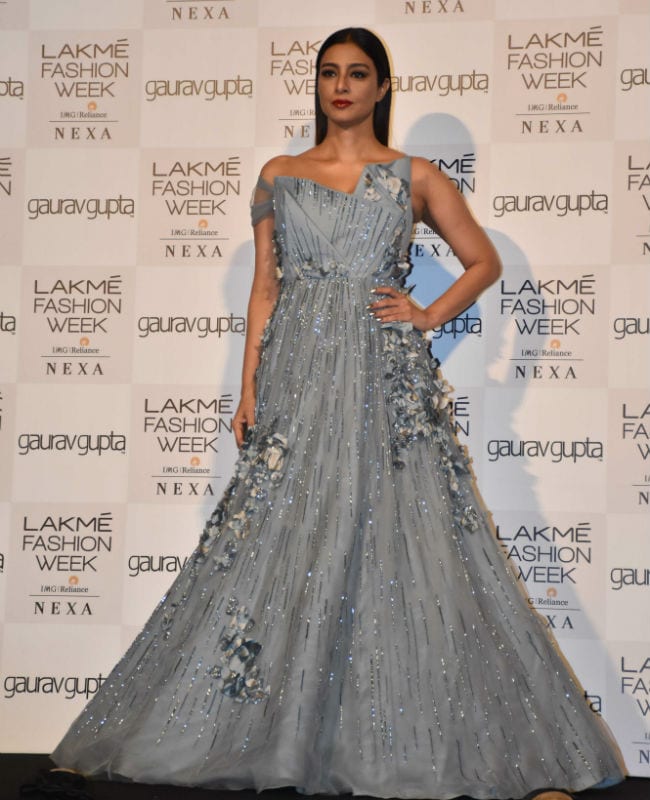 Meanwhile, Pooja Hedge picked a rather bold number from the collection. She wore a beaded gown with sheer back and feather-detail hem. Pooja Hegde debuted opposite Hrithik Roshan in Mohenjo Daro and she has featured in a few south Indian films too. Check out Pooja’s look for Gaurav Gupta’s show: 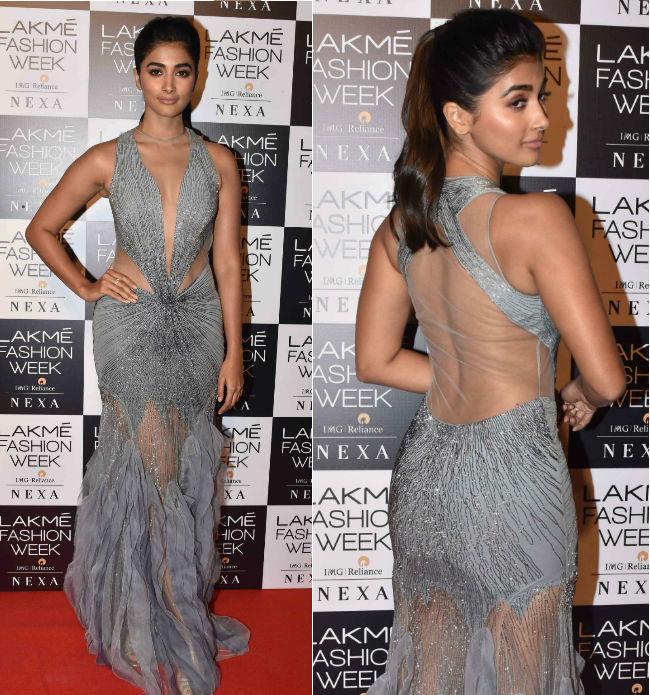 Actress Diana Penty opted for an ivory gown, which had Gaurav Gupta’s classic “sculpted draping and structured waves.” Diana finished out her look with a sleek hairdo and smokey eye makeup. Diana Penty debuted in Bollywood with 2012 film Cocktail and she went on to star in films like Lucknow Central, Happy Bhag Jayegi and Parmanu.

Take a look at Diana Penty’s gown from the Gaurav Gupta show: 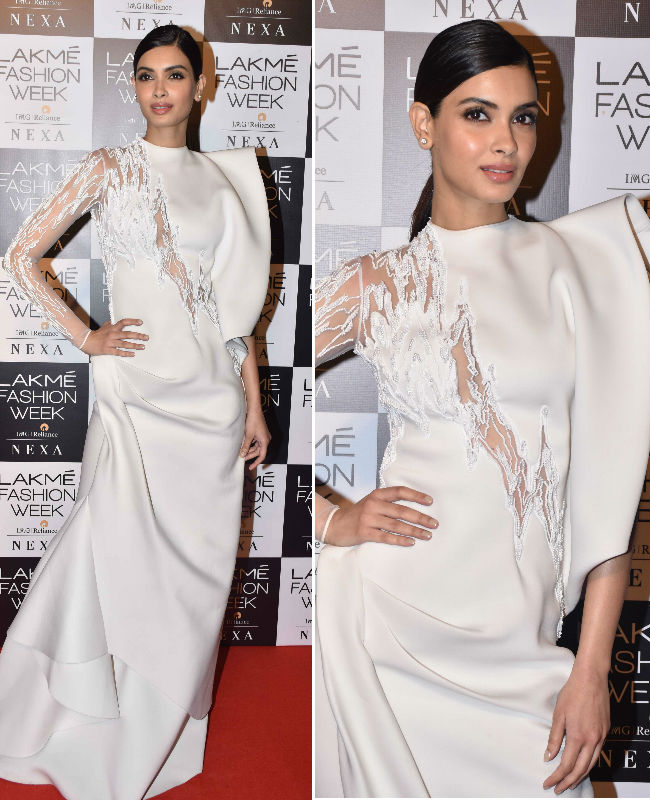 Which outfit from Gauarv Gupta’s collection did you like the best? Tell us in comments.